Khalil Osiris is an international speaker whose inspiring talks teach people to break free from their self-imposed limitations . He spent 20 years in prison and earned his bachelor’s and master’s degrees from Boston University during his incarceration. Khalil transformed his life and emerged from prison with a deep understanding of how to use personal crisis and challenges as opportunities for self-improvement. 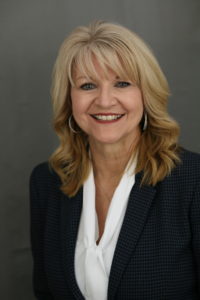 Maureen believes that education should be available to all who desire it and that we all hold within us the power to achieve our dreams. She was a teen mom who brought her new daughter with her to her high school graduation, where she graduated with honors. She has a passion for education obtaining her Bachelor of Business Administration in Accounting, her Master of Business Administration, and becoming a licensed Certified Public Accountant, all in her early 40s. Maureen has worked in the insurance and healthcare industries for the majority of her 30+ year working career. Christine began her corporate career in the tourism industry where she worked for 10 years before partnering with an innovative team to successfully introduce and develop online travel systems for government tourism organizations. Her subsequent shift in career focus and work in South Africa as a Montessori teacher presented her with the opportunity to develop practical educational programs and tools for children from all walks of life, most impactfully through the non-profit organization Family Food Security. Originally from Los Angeles, Professor Washington made the transition from gang member, convicted felon and self-described common street criminal to community activist, urban analyst, mentor and role model for urban youth. Dr. Washington is recognized nationally on topics ranging from legal barriers to successful reentry to transitional employment and housing. He holds a bachelor’s degree in Urban Studies and Planning with an emphasis on contemporary urban problems and a law degree from the University of Dayton School of Law. His insight and scholarship in the area of criminal justice reform, particularly in the area of the impact of criminal justice policy on the reintegration of former prisoners, has received widespread commendation. His trainings focus on the historic significance of “tough on crime” laws and the complex web of collateral disabilities embedded in contemporary American law.

“We will either find a way or make a new one.”